¨I’ve done a lot of things I’m not proud of, but I don’t have any skeletons in my closet that can’t be allowed out.¨ Steve Jobs.

Probably, one of the best books that I have read. 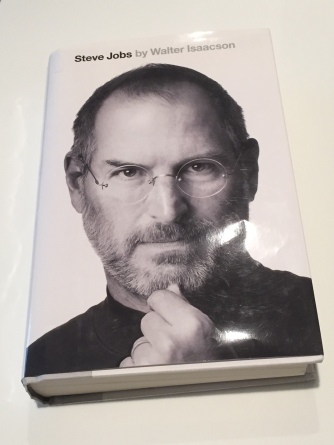 When I first got this book on my hands, I was a little intimidated by how long it was. But once I began reading it, I could not stop. Literally. The story, as told in the book, seemed like fiction, but then the real magic came in when I realized that all those were real-life events and characters.

STEVE JOBS was intended to be an authorized biography of one of the greatest minds that has ever lived. But for me, it was more than that. This is an inspirational, academic, spiritual, drama, history, business, management, and tech book – It could also be helpful for those who want to have an idea about how Silicon Valley works.

Walter Isaacson’s simple, yet capturing writing helped me understand that there are just a handful of people that should live eternally; I think that Steve Jobs was one of them – Along with Michael Jackson and Pope Francis.

Steve Jobs was a very important character in the history of humanity. Today, the world is different and almost everyone’s life is easier and more enjoyable thanks to Steve Jobs, so it would only be fair to say that it is totally appropriate to read this book and learn about the human being that he was.

What I have been up to